Breton is a Southwestern Brittonic language of the Celtic language family spoken in Brittany, modern-day France.

Breton is spoken mainly in Lower Brittany, but also in a more dispersed way in Upper Brittany (where it is spoken alongside Gallo and French), and in areas around the world that have Breton emigrants. 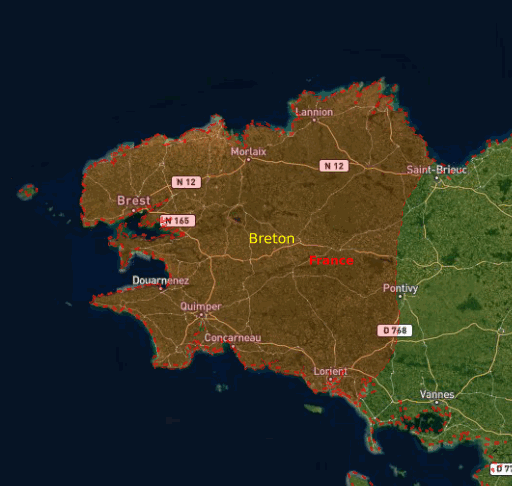 The four traditional dialects of Breton correspond to medieval bishoprics rather than to linguistic divisions. They are leoneg (léonard, of the county of Léon), tregerieg (trégorrois, of Trégor), kerneveg (cornouaillais, of Cornouaille), and gwenedeg (vannetais, of Vannes). In addition to these, Goelo dialect is spoken in the extreme north-east. 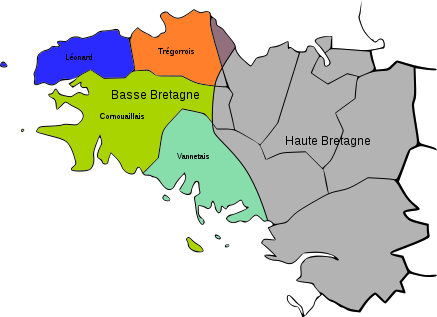 The Breton verb conjugates for

The verbal noun: may be identical with the root, but sometimes it carries a suffix (-añ is the commonest; others are -iñ, -et, -at, etc).

The past participle is formed by adding -et to the verbal root.

Most Breton verbs are regular. The are some common verbs, however, that are irregular: