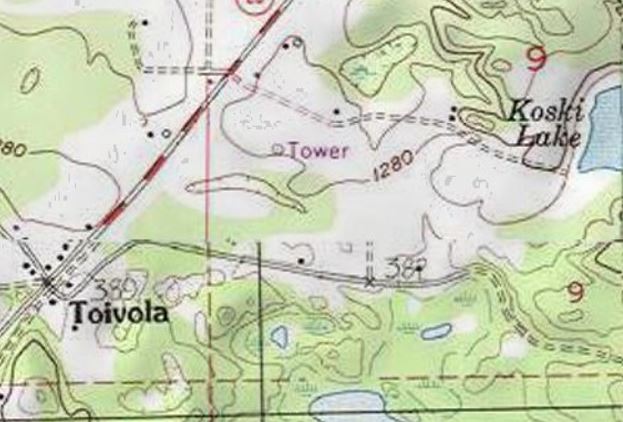 Finnish placenames in topograhpic maps in Michingan, US.

Finglish is a mixture of English and Finnish that was spoken by Finnish immigrants in USA and Canada. The term Finglish was introduced by professor Martti Nisonen in 1920s in Hancock, Michigan to describe a linguistic phenomenon he encountered in America.

In Finglish the English lexical items are nativized and inserted into the framework of Finnish morphology and syntax.