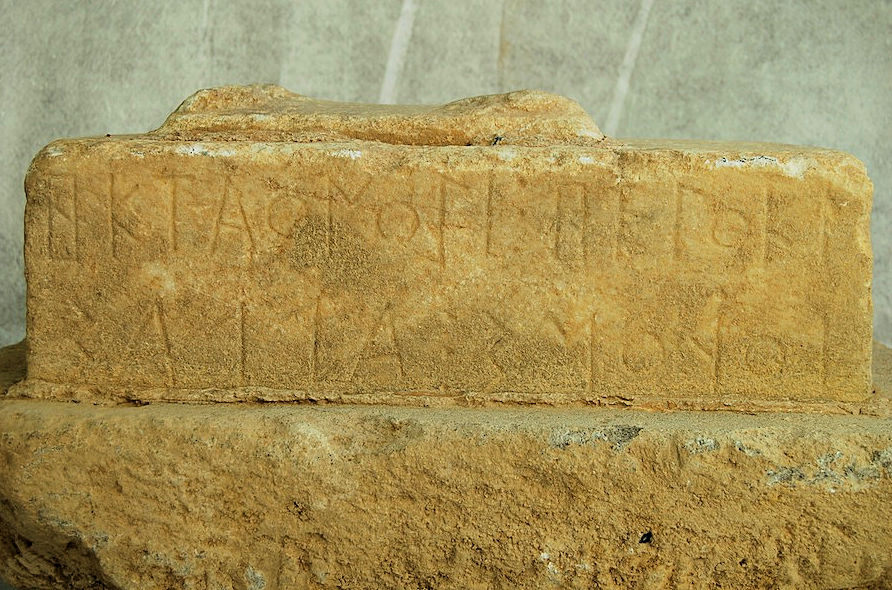 The Lemnian language was spoken on the island of Lemnos in the second half of the 6th century BC. It is mainly attested by an inscription found on a funerary stele, termed the Lemnos stele, discovered in 1885 near Kaminia. Fragments of inscriptions on local pottery show that it was spoken there by a community. In 2009, a newly discovered inscription was reported from the site of Hephaistia, the principal ancient city of Lemnos. Lemnian is largely accepted as being closely related to Etruscan. After the Athenians conquered the island in the latter half of the 6th century BC, Lemnian was replaced by Attic Greek.

Simple past tense in *-a-i