Thamudic (الثمودية in Arabic) is an Ancient North Arabian dialect known from pre-Islamic inscriptions scattered across the Arabian desert and the Sinai.

Dating to between the 4th century BC and the 3rd or 4th century AD, they were incorrectly named after the Thamud people, with whom they are not directly associated. The Qur'an mentions Thamud in Surat Al-A`raf in the context of several prophets who warned their people of coming judgement. 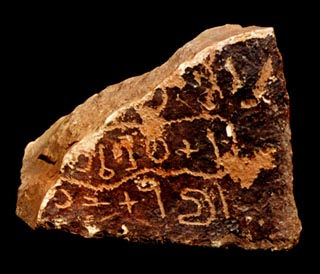 A stone inscription in Thamudic