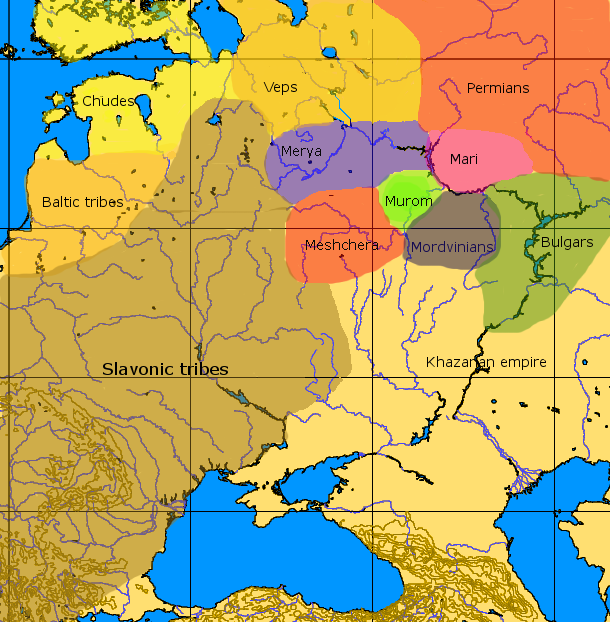 An approximative map of the non-Varangian cultures in European Russia, in the 9th century.
The Chud area is shown in yellow

Chud is a term historically applied in the early Russian annals to several Finnic peoples in the area of what is now Finland, Estonia and Northwestern Russia. The term Chudes was first applied by a monk Nestor in the earliest Russian chronicles to proto-Estonians.

In Komi mythology, Chudes represent the mythic ancestors of the Komi people. Other sources suggest that ancient Chuds spoke a Baltic-Finnic language similar to the Veps language.

Another tribe, "Chud Zavolotskaya" is also mentioned in the early history of Russia.