The Nuristani languages are one of the three groups within the Indo-Iranian language family. They have approximately 130,000 speakers primarily in eastern Afghanistan and a few adjacent valleys in Khyber Pakhtunkhwa's Chitral District, Pakistan. The region inhabited by the Nuristanis is located in the southern Hindu Kush mountains, and is drained by the Alingar River in the west, the Pech River in the center, and the Landai Sin and Kunar rivers in the east. 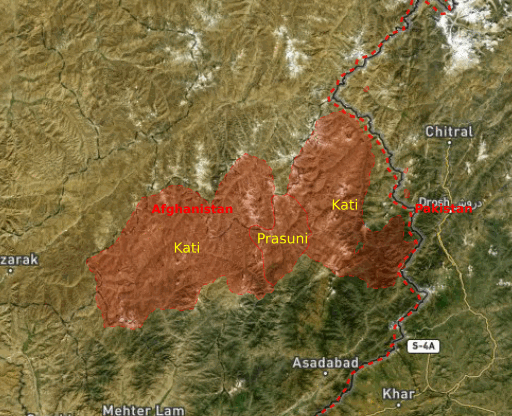 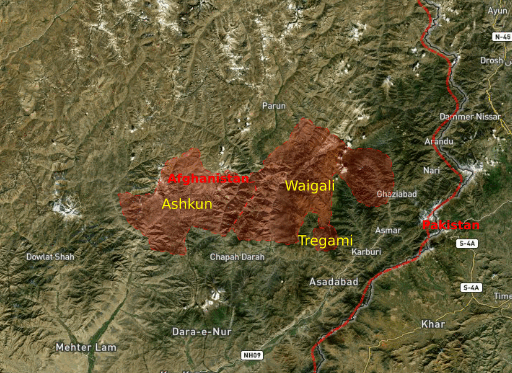