The language is the oldest (still-spoken) Creole, and the most widely spoken Portuguese-based creole. 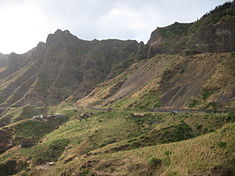 The verbs have only minimal inflection (two forms). They have the same form for all the persons, and the notions of tense, mood and aspect are expressed through the presence (or absence) of certain morphemes, as in the majority of creoles.